This article was published on October 29th, 2014 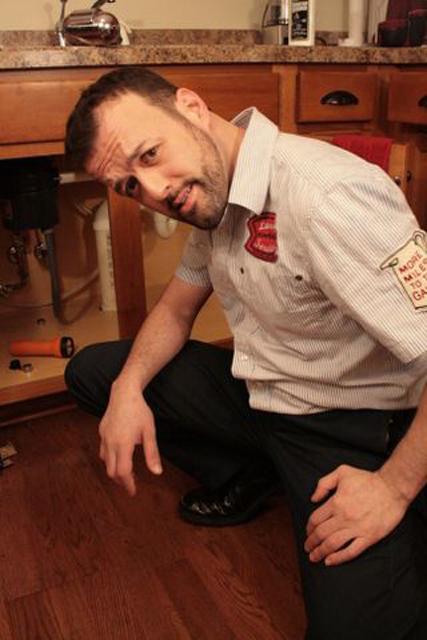 From the very beginning, Miles knew that if he was going to make it big in the highly competitive male escort industry, he would have to make a name for himself early on.

“I think it’s important to be one step ahead of your competitors in any business,” explains Miles Previtire. “I was hard pressed to find any other escorts that are complete tops. Who didn’t suck dick. Give a hand job. Who never switch hit in their off time. Who didn’t have boyfriends. Who were just their own man and weren’t physically into men, at all.”

Miles firmly believes that his fan base counts on the fact the he doesn’t do these things. That his clients can have a straight man experience with him, and know that he is 100% legitimate.

With Miles, you get all that, plus you get a wicked verbal interaction, what he is especially known for.

“My clients get an interactive straight male,” Miles said. “It sets me apart from gay for pay. Those guys are fucking silent. They are getting paid to do that.”

Being dominant isn’t just part of his persona while escorting, it’s part of his natural, everyday character.

His strict, domineering behavior he has carried with him all throughout his life.

“I try to stick to a daily regimen of working out,” said Miles, explaining how he keeps in shape. “I achieve that about three days a week, mostly consisting of cardio. I plan to take up weight lifting when I’m down to the platform I want to build on.”

It’s not just his persona or his gym routine he’s particular about either. Miles is even strict on the type of underwear he wears throughout the day.

“Lately, I wear briefs during the day, either Joe Boxer or 2Xist,” Miles said. “They fit how I feel. A good pair of briefs should fit how you feel. At night, I wear boxes, like Polo. I hate boxer briefs.”

While the rugged and masculine escort is naturally in control, he has been known to show his softer side.

“Sometimes out of the bedroom, or something for a female interest,” Miles calmly stated, explaining times when he may be a bit submissive. “I’ll submit to watching Titanic, I’ll fucking watching Titanic if I know I’m going to get laid. I had to do that with Twilight! Inside the bedroom, no, I’m never submissive. Not at all. Not because I look down on it, it just doesn’t appeal to me. I get off way too much being the boss.”

While only 10-15% of Miles clients are female, when it comes to his sexuality, he is very clear on how he identifies himself.

“I only operate with men on a business platform,” Miles said very factually. “Leisurely, I don’t have sex with men at all. Only with women, not men. Women are less apt to pay for sex. In the event that I want to screw with a girl, it just means I’m not getting paid. Therefore I identify as a straight male.”

In his personal life, Miles has two kids, a son and a daughter, and an ex wife. Being separated from his family is one of the biggest reasons why he is moving out to the west coast, so he can be closer to his kids.

“I just located a house out there,’’ referring to a home he rented in Las Vegas, Nevada. “I lived out there when I was younger. When I was 19, I lived with a girl. We were there for three weeks and it was crazy. Today, I’m a bit more prepared for what Vegas has to offer.”