This article was published on February 12th, 2015 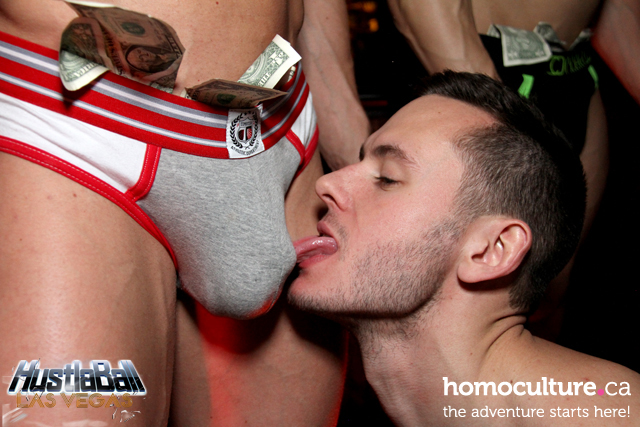 Does a hot stud in a jockstrap get your blood pumping? How about kneeling between his legs and working on his rod through the fabric? Having an underwear fetish is not uncommon, and with the vast array of options available these days, it’s becoming easier to indulge.

Think about the last time you were in the gym locker room, and that guy you admire walks in to change. As he removes his shirt, and then his shorts, you gaze upon his bulge, and wonder what lies beneath. But when he turns around, the straps of his jock conform perfectly to his perfectly rounded butt. That sight alone is enough to make your mouth water.

Some guys don’t just enjoy the look of the underwear, but they enjoy wearing them during sex, especially jockstraps. They are typically worn by athletes, and by men at the gym, but they are becoming increasingly popular as an everyday form of underwear. And they are popular in porn. Jockstraps consist of a pouch for you cock and balls, but the ass is open, with two straps attached to the pouch and the waist band. Usually they vertically extend over the ass, but new designs are changing this standard. Some cross the ass in an X pattern. During sex, these straps can double as reigns for a top that likes to thrust deep, allowing him to take more control over the bottom wearing the jock—reminiscent of a jockey riding a horse.

How to Party N Play the Safer Way

Role play your way to a better sex life

For the love of furries

One thought on “Underwear fetishes; the naked truth”