This article was published on January 6th, 2016 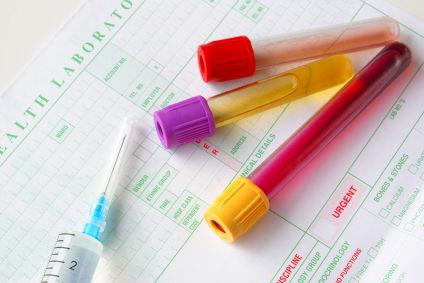 There is far too much fear and shunning in the gay community when it comes to common STIs such as gonorrhea. And this is causing more and more gay men to get these STIs, including those men who find these STIs abhorrent.

First off, cases of gonorrhea and syphilis are climbing rapidly amongst gay men. One study found the proportion of gay men testing positive for gonorrhea in a given year has climbed from 4.6% in 1990 to 37.1% in 2014. Meanwhile, the US CDC has recorded big increases in syphilis cases amongst gay men each year, an increase only seen amongst gay men.

Now the reasons for these increases are many and complicated. But gay men and their attitudes are helping this epidemic continue. If you’ve ever tested positive for an STI at a health clinic, you’re probably aware that they’ll ask that you inform any sex partners, usually in the last 60 days. There’s a very good reason for this. Most people don’t know they have an STI and, if they don’t know, they can’t get treated. After all, gonorrhea and syphilis are easily treated if caught early and you’re free to have sex 1 or 2 weeks after you take your pills or get your shot. However, it’s these people that don’t know they have an STI who keep on having sex and spread it to their partners.

Sounds simple enough: get tested and, if positive, tell your partners to go get tested and treated. But that is far from simple. People are scared to tell their partners out of fear of being labelled a slut, a diseased slut. Even worse, they may not want to sleep with you again and you can go from having a regular sex buddy to platonic friends over night.

It’s these shamers and stigmatizers that are helping fuel the alarming increases in STIs, not the responsible sluts getting tested, treated, and informing their partners. In essence, they’re a public health hazard.

So what can be done about it? Well, that’s where our public health authorities come in. Yes, they have a role in both informing people how they can reduce their risk and how to look for symptoms. However, it’s their fear-based campaigning that creates the stigma in the first place. So public health authorities need to step up and take responsibility for their own part in the epidemic. In order to take responsibility, they need to introduce campaigns that also normalize these infections (they already are normal based on the CDC data) and focus on how they’re easily treatable if caught early. They also need to use gay guys in their campaigns, something that focuses on what a responsible gay guy is – that those who report to their partners are the good guys, not the bad guys, and that those who stigmatize guys are hurting themselves and others.

So next time someone tells you they may have given you an STI, thank them and respect them for their honesty. Furthermore, recognize him as someone who is likely being honest with you about everything else, such as testing dates and status. These guys are hard to come by and are unlike many of the other secretive or dishonest guys you’re going to come across.

Why gay men are having more sex during the pandemic

The Condom Broke! Now What?!

Do you hear that? It’s the weekend calling. “H

I am working on myself, for myself, and by myself.