This article was published on June 3rd, 2021

“It feels like coming out all over again.” These were the words of Ian Jenkins in response to the considerable attention drawn by the story of his extraordinary family home life. See, Ian, a San Diego physician, is part of a polyamorous gay “throuple” that has built a wonderful — albeit unconventional — American family.

This is the tale of three men who have arguably broken new legal ground and changed the way California law defines family.

Ian, and longtime partners Jeremy and Alan, are in a committed relationship and are proud dads to two children; Piper, 3-1/2 years, and Parker, who is 23 months. The two kids were conceived with eggs donated by a longtime friend and carried by surrogates.

The three men made headlines in 2017 after winning a protracted legal battle that saw them all successfully listed on their daughter’s (Piper) birth certificate. This paved the way for her younger brother, Parker, and future children of other polyamorous parents.

While appearing on an Australian tv talk show, The Morning Show, the three dads narrated their intense legal challenge in seeking to be acknowledged as parents.

The biggest challenge for most non-traditional families is the legal stuff. Let’s face it, some, if not most, of our laws, are still stuck in a time when everything was considered black and white.

With surrogacy, for instance, you must have a parentage order from the court declaring who will be the legal parents.

At the start, the throuple weren’t sure they could appear on their child’s birth certificate, so they took the battle to the courts.

“It was a pretty interesting, tense courtroom scene where at first it seemed like we were not going to be granted that, and we asked to speak in court and plead our viewpoint. However, the judge ultimately changed her mind and granted us legal parentage of our child before she was born.”

This precedent-setting legal battle to have all three dads named in their children’s birth certificates is chronicled in Jenkins’ new book, Three Dads and a Baby. The book released in early March 2021 also details the trio’s journey into parenting and their search for potential egg donors and a surrogate.

Jenkins first met Alan, 43, while in his third year of residency at a Boston hospital in 2003. After dating for eight years, the couple explored the idea of bringing a third man into their relationship. They met Jeremy, now a 38-year-old zookeeper, through an online dating website. For privacy reasons, Alan and Jeremy prefer not to use their last names.

The journey to fatherhood was not easy. Jenkins explains that the process of creating life was often complex and involved a series of expensive medical procedures and a lot of paperwork and lawyers.

The family spent close to $121,000 for their firstborn, a fee which Jenkins feels is unnecessary and makes IVF out of reach for most aspiring parents.

Previously, there was no known case in the U.S. where three parents were allowed to have their names listed on a birth certificate. However, the three men were determined to change the rules before their daughter Piper was born.

Allowing only two parents on the certificate would deny the third dad any legal rights regarding the child.

The throuple made their case at the hearing, explaining why it was important to have their names appear on their child’s birth certificate. They argued that they would have to make a wrenching decision that would deny one of them parenthood.

And after periods of fighting back emotion, they won the case. The judge ruled in their favor just in time for Piper’s birth.

This consequently made the conception and birth of their second child, Parker, more manageable as all the hurdles involved in bringing Piper into the world had been overcome.

“It’s not normal, compared to what other people go through,” Ian observed. “But it still feels completely natural.”

He felt the legal battle was vital in helping shape the narrative on parenting and families. In addition, it was a clarion call to other non-traditional aspiring parents letting them know they can have the family they want.

“We wanted everyone to know that love makes a family, and families may look different, but if you care about your kids and you’re doing everything you can to give them the best possible childhood, that’s what matters,” he told The Morning Show.

According to the proud dads, their legal battle wasn’t only theirs. They wanted to let people in non-traditional families realize there could be more legal protections for them.

After a long journey into fatherhood, the throuple is now focusing on raising their children like any other parent. Interestingly, Piper and Parker have different names for their fathers: Jeremy is Daddy, Jenkins is Papa and Alan is Dada. In his book, Jenkins notes that Piper is proud of her unique family. She even told a classmate: “You have two parents. I have three parents.”

While they have strived to give their kids equal attention, the COVID pandemic changed everything. Alan has been shouldering much of the parenting so far, having shifted to practicing psychiatry at home. Jeremy and Ian have continued working in person as essential personnel for a zoo hospital and on the front lines of the pandemic fight, respectively.

They’re discovering the same thing so many parents have learned: “Being with two lovely kids all day can tire you out just as much as a late shift,” says Ian.

The lifelong champion of equality and access wants to raise his kids in a feminist, anti-racist and affirmative mindset. “I want my daughter to know that she’s as tough as anyone and can do anything she sets her mind to,” Ian says, knowing that she will benefit and gain strength with the love and support of three dads (and two maternal figures).

Why Every Parent Should Bring Their Children to Pride Parades

Here's Why It's Harder for LGBTQ+ Couples to Adopt

Where is My Mommy? A Conversation Guide for Same-Sex Dads 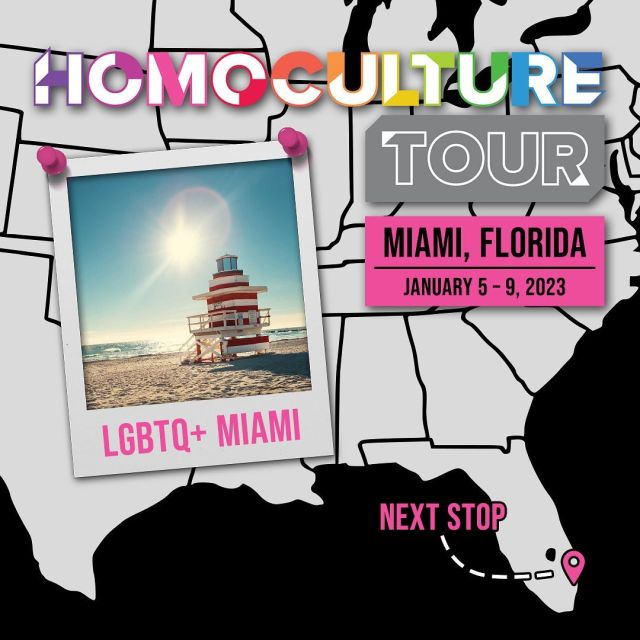