Get ready Broadway lovers! Broadway Across Canada recently announced performances are set to resume across Canada. The national program for 2022 has an exciting lively line-up of musicals for the gay in us all.

Broadway Across Canada has announced a new roster of productions for its 2021-2022 season. In addition to previously announced titles, including the family favourite Anastasia, they are also running performances of Hamilton and Jesus Christ Superstar.

Anastasia is set to be the biggest performance of the season. The producers of this amazing musical are rumoured to be the same people behind 3-time Tony award winning show, Hamilton, so you know it will be a show worth seeing!

Anastasia is about a young woman who journeys across Russia in search of her past. She meets strange characters along the way who become loyal companions and friends. On her journey, she learns about love, friendship & family while embarking on an epic adventure to help her find home, love, and family.

Broadway Across Canada will also be presenting Hamilton, the musical by Lin-Manuel Miranda. Ever since its debut in 2015, the musical has gotten rave reviews and gained worldwide popularity. Anastasia is a classic animated film from Disney (1997) and was written by the same people behind The Little Mermaid & Beauty & The Beast.

Hamilton is a critically acclaimed show, and if you haven’t seen it yet, it’s well worth the watch. It tells the story of one of America’s founding fathers, Alexander Hamilton, through the music of hip-hop and use of dance.

Broadway Across Canada has not unveiled its entire line-up yet but we do know that it’s also going to include Jesus Christ Superstar.

Jesus Christ Superstar is a rock opera with music composed by Andrew Lloyd Webber and lyrics written by Tim Rice. It opened on Broadway in 1971, and the original cast included Jeff Fenholt as Jesus and Ben Vereen as Judas. Since its debut, it’s been a staple performance in theatres over the world.

It tells the story of a group of people who follow Jesus Christ during his last days in Jerusalem, ending in his crucifix. The show interprets the psychology of Jesus and other characters, using modern attitudes, sensibilities, and slang to tell the story.

The touring production is an updated version of a 1971 musical that has been performed all over North America and around the world since its debut almost a half-century ago.

Broadway Across Canada offers subscription packages that guarantee a night out and offer the chance to make lasting memories.  By subscribing to a package, you get the chance to pay with a free-free payment plan and exclusive privileges, such as special access to early-bird purchases, additional seat options, and the flexibility to change the performance date of your tickets, giving you extra peace of mind.

Subscribing is the way to go as it gives you access to see all of the shows that you want. Broadway Across Canada also offers online management tools so that you can change tickets easily and never have to miss a show. They offer packages with a variety of prices, depending on the location that you would like to choose for seating. It goes without saying that the show is going to be a gay time and very entertaining, so make sure to check out their website and get your tickets before they are all gone. We hope to see you in the theater! 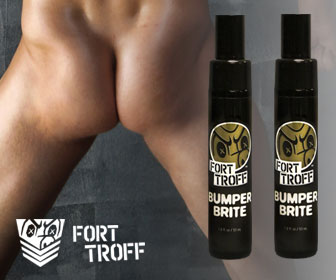